"This natural picturesque grotto and its neighbouring system of caverns mirrors the brilliant phosphorescent colours of the underwater flora.

The Blue Grotto is located near "Wied iz-Zurrieq" south of the town of Zurrieq. A number of caves, including the Blue Grotto, which is the biggest one, can be reached by boat from Wied iz-Zurrieq. From Wied iz-Zurrieq one can also see the small island of Filfa. Filfla is uninhabited except for a unique species of lizards that live there. When Malta was a British colony, the island of Filfla was used for target practice by the British Armed Forces. The island is now protected under Maltese law.

The scenery around this area of the island is breathtaking. The cliffs rise out of the blue Mediterranean and the froth of the waves as they hit the rock face can make for some excellent shots."  _ from  www.visitMALTA.com

For more info go to http://www.bluegrottomalta.com.mt 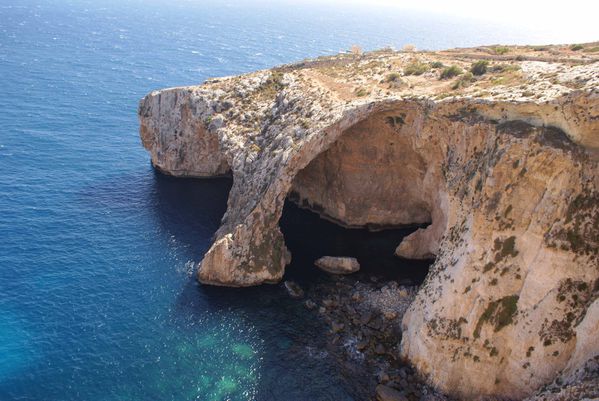